One of my favorite vintage magazines is a Home and Bride magazine from 1964. It easily illustrates the mid-century culture where magazines pushed the importance of being attractive and getting married. What were the pre-marriage topics discussed in this issue? Sexual compatibility, divorce concerns, home upkeep, and family compatibility.

Open the link below to read the “Letter to My Love” article published in June 1964. It’s a fake letter from a groom to his bride prior to their wedding. It’s a bit long, but kind of fun to read. The magazine ran a contest for women to write her response to the letter offering dishes as a prize.

Bride and Home June 1964 – Letter to My Love Article 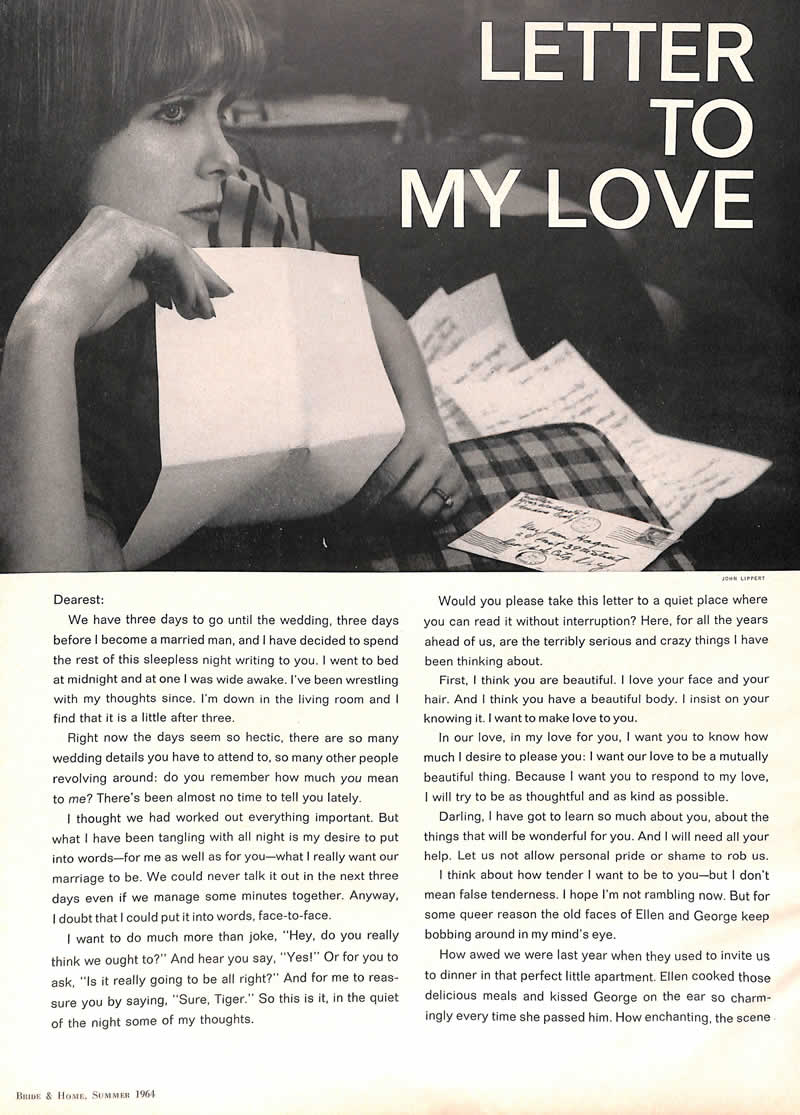